What Is Blockchain And Why Should I Care? 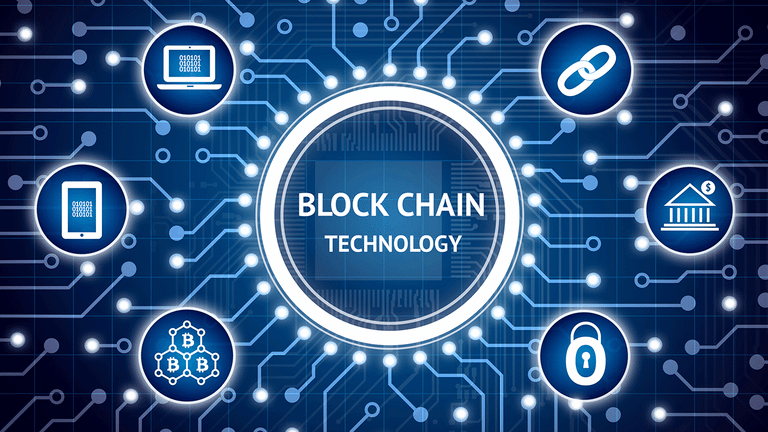 What Is Blockchain And Why Should I Care?

by Antonio Chagoury
in Development
Comments

If you are wondering what a blockchain is, this is the most relevant article to read. Why should you care? Read on for the reasons.

By simply knowing the basic and fundamental principles of blockchain, you can understand how it works and why it is essential for you to care about it.

So, without any further delay, let’s dive into our topic.

To put it simply, blockchain is referred to as the technical backbone of cryptocurrencies like Bitcoin. According to some theories, the upcoming digital revolution would rely solely on blockchain.

A blockchain is a distributed ledger technology, which works with the participation of multiple users. Every block associated with the chain is comprised of a series of records. The cryptography technology helps to keep these records safe and secure.

The basic strategy behind this mechanism is the verification of preceding and current transaction data. This is done by storing as well as transmitting the required data in an encrypted format. The blockchain technology appears to be a viable and impressive alternative to the prevailing record maintaining technologies (Date base).

One of the reasons this might be a better alternative is that the management of data is shared or distributed between a variety of users. These users are referred to as the “nodes.” Every individual that participates in the blockchain is assigned an identification mark that is known as a “node”.

This system works perfectly well for permanently maintaining the list of transactions. This helps and assists all the participants on a network to access the identical, shared, and irreversible ledgers of transactions.

In other words, every node plays a key role in the administration of a blockchain. This includes the verification of every addition to the blockchain. This suggests that each node is authorized to enter new data.

To add the latest information into the blockchain, a majority of the nodes should reach a consensus. This ensures the overall security of the network. The basic theme behind blockchain technology was to prevent any fraud during the transactions (payment and exchange) of virtual currencies.

For instance, blockchain contains a permanent record of all the transaction made through this platform. Hence, the technology would prevent anyone from dual spending or duplicating a digital currency.

Why Should I Care?

No doubt, blockchain is an innovative technology, which offers security and transparency. The permanency of the data allows us to make record-keeping a hassle-free task. For example, a blockchain contains a complete history of transactions.

If you want to verify the authenticity of a specific transaction, the data would be available through the blockchain. Every user of a blockchain can access this information without compromising privacy.

Furthermore, the participants who are not allowed to access the details of the records won’t be able to view them. Another security feature of a blockchain is related to the fact that it is not possible to alter the records.

In fact, it would be nearly impossible for bad actors to make false entries into the transaction data. Blockchain is also referred to as one of the most valuable innovations. This is because its decentralized nature relies on the census of different nodes.

If one of the nodes doesn’t participate in a transaction, it won’t be authenticated. The participants maintain the whole system and verify the transaction before it is entered into the database. The proponents of blockchain consider it as the most impressive security element.

Apart from offering the facilitation, it flawlessly creates a network that is free from any error. Blockchain technology takes into account the interests of a wide range of technologists, consumers, and regulators.

Therefore, blockchain can also have some other applications besides the world of crypto/virtual currencies. For instance, Estonia is working with a private company which utilizes blockchain technology for maintaining the health records of all the citizens.

Blockchain is a technology which stays behind the reach of the internet gatekeepers. This suggests that they won’t be able to manipulate the personal data of each node. So the information we share and data we access isn’t prone to be attacked by an unauthorized participant.

Blockchains such as Bitcoin and Ethereum are still going through their infancy period. If this works as planned, there will be no issue at all while mainlining and verifying huge data of multiple transactions.

When it comes to the question about what the future holds for blockchain, there isn’t a clear answer. However, what we can predict is the improvement in this technology over time.

Most probably, blockchain would work as a revolutionary and basic technology to change the way we do record-keeping. Talking about the financial world, a few of the most renowned companies are thinking about utilizing the advantages of blockchain.

Recently, NASDAQ delisted a company for making “public statements that were designed to make fool of investors and misusing the interest of a general investor in blockchain and bitcoin.” In addition, the Securities and Exchange Commission has also taken strict action against the companies spreading misleading and false information about blockchain technology.

Companies have always taken advantage of new and latest trends by changing their name and making baseless claims. As a result, they are successful in attracting new investors. Moreover, a few fraudsters have also tried to take advantage of the mystery and excitement associated with the term blockchain.

Mostly, the investors aren’t experts on blockchain technology. Hence, it is essential to be skeptical while evaluating a claim. As a rule of thumb, you need to avoid internet-based and unsolicited investment offers.

It is highly recommended that you stay away from such scams and prevent yourself from being serving as prey to such fraudsters.

The information mentioned above makes it easier for you to understand the concept of blockchain. Moreover, you can also avoid any kind of scam or fraud.

Hi, I'm Antonio, Founder and CEO of Maxiom Technology (formerly Inspector IT). I'm a technology executive and entrepreneur who has achieved consistent success in driving growth, generating revenue, and enhancing value in domestic and international markets through technology product innovations.